Buying an RV or camper is a great investment, but is it a smart investment? As you’re looking around for the perfect motorhome, surely you’ve been faced with the choice of used or new.

The thing is, much of the time it’s wisest to go for a used model rather than a brand new. Why? Because of depreciation, of course.

You see, when you buy a new RV, it will begin to lose its value right away. In fact, before you even drive it out of the lot, you’ve already lost about 20 percent of the value.

In this article, we’ll cover everything you need to know about RV depreciation, so hang tight.

Why Is a New RV Considered A Poor Investment?

No doubt, an RV or camper will give you the freedom to roam the roads of your choice. But, as a financial investment, it may not be the smartest, and here’s why:

As we explained above, as soon as the papers are signed and you drive off in your new vehicle, 20 percent is lost.

This means, if you were to sell your RV immediately after purchase, you have already lost $40,000 straight off the bat.

In saying this, many people do think that this loss is entirely worth the risk, for the new lifestyle they’re looking forward to.

The Difference Between MSRP And Invoice

When you’re walking around the dealership’s parking lot, you’ll most likely be checking out the price stickers.

These little stickers usually show the sticker price and the MSRP, also known as the manufacturer’s suggested retail price.

The keyword here is suggested. This price could be up to 30% higher than the invoice price, which is usually what the seller actually paid for the car in the first place.

The reason for this is to leave room for negotiating. A dealer will offer a vehicle at a higher price to allow for negotiation without facing a loss.

To get the best price on a new RV, as with any new vehicle, do lots of research before buying.

Compare the same model at different dealerships; you may find significant differences in price. Some dealers will offer discounted prices that are even lower than another dealer’s price after you’ve done negotiating.

Check out this video for some quick tips on MSRP versus invoice prices.

Figuring Out The Rate of Depreciation

After that initial 20 percent depreciation, is there a way to calculate the rate over the coming years? Honestly, it’s hard to tell—but there are a few estimates, which I will share with you in a minute.

The depreciation is tricky to figure out due to the negotiation that’s happening upon purchase. If you only knock off a small amount from the MSRP, your initial depreciation could actually be much higher than 20 percent.

In saying that, there’s also a difference between models.

Class A and C motorhomes usually follow the same rate, more or less.

However, the cheaper fifth wheelers and travel trailers will depreciate at a different rate.

I have put together a list to show an estimate of the depreciation rates. While it may not be perfect, it will certainly help to give you an idea. If you are on the lookout for a particular model, I recommend doing your own specific research.

You will see the most drastic drop in value during the first year. As we mentioned before, 20 percent is lost as soon as its bought.

Depending on how well you negotiated will also determine how much you would lose if you sold the RV after just a year.

There really isn’t much difference between a one-year-old RV and a two-year-old. It may even still have that new-RV feel to it.
Also, keep in mind that manufacturers generally sell the new model during the year before. For example, in 2018 you might be seeing 2019 models being sold. This can make it a bit harder to know for sure how much the RV has been used.

Keep in mind that after two years, a third of RVs and campers may start showing minimal signs of wear and tear. If you are considering buying a used model, but expecting new condition, you may want to opt for a newer model.

The fourth year may be the year where you will find the most difference between the classes. Class As and Cs have about two percent deviation in depreciation here. Whereas travel trailers and fifth wheelers are only about one percent different from the Class A.

Considering a used model? Keep in mind that the likelihood of visible wear and tear or minor damage in places has now crept up to 80 percent.

By year ten the depreciation differs by quite a bit, depending on the model. For example, a Class A will have depreciated by about 60 percent, whereas depreciation of a travel trailer may only be around 45 percent.

By year 15, your travel trailer or fifth wheeler will be at around 69 percent depreciation. But a Class A will be at about 76 percent.

Turn A Disadvantage Into An Advantage

While it may be seen as a disadvantage to lose 20 percent of value off your brand new RV right off the bat, you could avoid that by looking for something a year old.

You see, some RVers will sell or trade their motorhome within the first year. That means you can get a 20 percent discount on a model that’s as good as new.

If you want to save more, you could look for a five-year-old model. This may sound a bit old, but finding one that’s been kept well can be worth it. Looking at the percentage above, by year five, the depreciation is around 38 percent—now that’s a pretty good discount.

Why Used Is Better Than New

As you’re walking into a dealership, you might be amazed at the luxury and extravagance of a brand new RV.

However, you might want to focus on the used models, and here’s why: The manufacturing process of RVs and campers isn’t as reliable as one might think.

Just give it a little thought—an RV is basically a regular home, created to drive down the highway at 70 miles per hour.

Although manufacturers build some amazing motorhomes, things are still likely to shake loose.
As mentioned a few times above, a motorhome is probably going to break down or malfunction within the first years. If you’re willing to buy an older model, you could avoid the expense of replacing faulty parts.

Never go for a used model that hasn’t been used much and here’s why—lot rot. Lot rot refers to all the parts of the motorhome that get damaged when it’s not in use.

For example, the owner spends the summer camping, then they forget to empty the tanks completely. That can create an unpleasant situation.

The most common result of lot rot is rust. Rust is a pain to get rid of, and it will decrease the value—by a lot. If the rust has infected the undercarriage, it won’t be long until it eats through pipes.

It could turn a perfect-looking vehicle into something that’s looking old and broken.

Here are some great tips on purchasing a used RV:

If you’re a car enthusiast, I am sure you know how important the mileage is. However, it’s an entirely different story when it comes to RVs.

You see, the RV’s engine is built to last, so it’s actually more likely to fail in other aspects. In fact, these engines should be able to last far beyond 200,000 miles.

The engines have to be tough enough to carry the heavy load of the motorhome. Therefore, the mileage only plays a minor role in the depreciation of an RV.

Unfortunately, depreciation is something you just can’t avoid.

While buying a new RV might not be the smartest investment, it’s still worthwhile for so many people.

When buying an RV or camper, make sure you’re ready to negotiate.

Whether it’s new or used, you want to get the best price.

Unfortunately, we often see people paying up to $5,000 more than the vehicle’s worth. Don’t be afraid to haggle with the seller.

By now you will have a better understanding of RV depreciation.

Did you negotiate a good deal after reading this information?

Feel free to leave questions and comments in the section below, we love hearing from you! 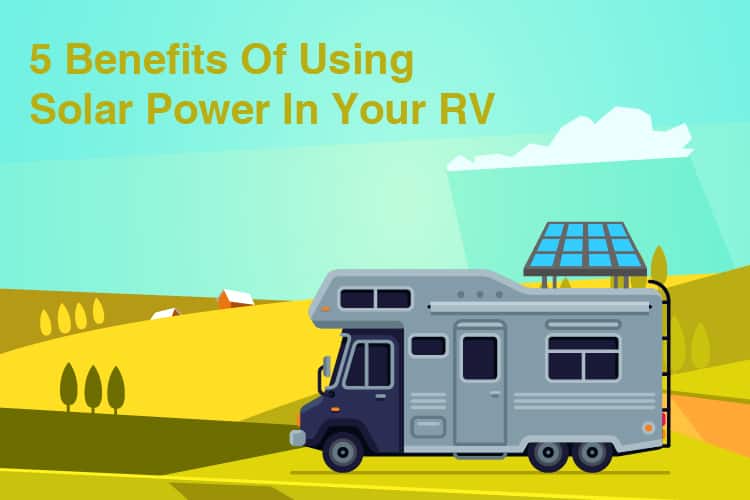