When it comes to hammock camping for two, I’ve got some good news, and some bad news.

The good news is it’s possible.

With certain styles of hammocks, it can be comfortable.

The bad news is you’ll probably have to abandon your conventional-style hammock if you want to be comfortable.

Let’s take a look at why this is real quick.

There are two main problems I’ve run into when hammock camping with another person in a double hammock when it comes to comfort.

When only one person lays in a hammock, their weight is evenly distributed with a slight sag in the middle. Nothing uncomfortable, and perfectly normal.

Even when you camp with a double hammock, this issue still persists. Double hammocks aren’t necessarily meant to hold two people.

They’re mainly meant for larger people, or people who need a little extra room when hammock camping with their dog.

What ends up happening with this sag is a sort of gravity-suck effect that presses you two against each other, and not in the comfortable way.

When it comes down to it, extra hammock sag plus bodies pressing together doesn’t make for a good time.

Another issue is fighting over insulation.

Unless, for some strange reason, you sleep like a mummy (an actual dead person, that is).

Chances are, one (or both) of you that are planning to hammock together are a blanket hog.

Combine this with the gravity-suck effect of the hammock sag I described earlier, and it easily gets out of control.

Nevermind if you’re both wrapped in two sleeping bags, or one giant sleeping bag together.

It gets out of hand and becomes difficult to get comfortable. Once you get comfortable, one of you is bound to wake up from being sagged down or mummified in insulation, repeating the whole process over again.

But all hope is not lost, there are two different ways to approach this.

Solution number probably isn’t the one you were hoping for, but it is the most practical for people that already have their own hammock camping gear.

Instead of sharing a hammock together, each of you can have your own hammock to slumber in.

While you may not feel as close, it beats not getting any sleep!

This method can be a lot more fun than you think. If you’re hammocking with your kids, they’ll love making bunk hammocks they can (safely) climb into.

If you don’t believe me, go ahead and ask them. Show them a picture of bunk hammocks and ask if they’d like to try it. I can guarantee they’ll be begging to go hammock camping as soon as possible.

The basic idea of bunk hammocks is the same as hanging a regular hammock, just with a second hammock above the first. Simply positions the straps higher and devise a safe way to climb into the top hammock.

Everyone gets their own bed, and everyone wins.

If the idea of bunk hammocks scares you or is impractical for your campsite, you can make side-by-side hammocks.

There’s two ways to go about it.

My favorite way is to use ENO’s spreader bar for hammocks to set up your hammocks side-by-side.

This way, you can hammock camp together with only one set of trees instead of needing to find two that are ideal and close together.

The other way is to find a good set of trees that are close together and hang your hammocks however you please. Not as easy as it sounds, but doable

However, I recommend you just use ENO’s hammock bar.

It makes everything a lot easier when trying to hammock camp side by side.

When you setup your hammocks side by side, you can each safely get in and out of your hammock from the ground without worrying about tumbling onto the person beneath you.

If you’re still set on hammocking together in the same hammock however, there is a solution.

Check out our hammock recommendation: Hammock with Mosquito Net by Moose Country Gear (60% off!)

Solution Two: Using A Hammock-Tent To Sleep Together

For those who are dying to try and hammock together, this is the method I would recommend you try out.

What you’ll want to do is use a flat-bottom hammock.

What makes this different from a regular hammock is the built in frame that adds suspension to the bottom of the hammock.

Instead of having one point of suspension on each side, the frame acts like a spreader bar and creates two points of suspension.

As far as comfort goes, it’s a far stretch from your bed at home, but it gets the job done. The gravity-suck effect will be minimized and the two of you will sleep much easier.

Plus, the hammock also doubles as a regular ground tent, hence the name “hammock tent”.

So if you find you just can’t get comfortable hanging between two trees, you can always sleep on the ground instead.

In short, if you’re set on sleeping together in a hammock, you’ll want to use this hammock tent to get the job done.

Bonus Section: Does Sleeping In The Same Hammock Save On Gear Weight?

I’ve seen a few people citing sleeping two in a hammock as a good way to save weight in your pack.

There is some basis to this claim, as the weight of two hammocks with gear will be greater than one double hammock. But as I’ve discussed, a regular double hammock won’t be very comfortable.

The Lawson hammock tent weighs just as much as two hammocks with gear (including a spreader bar), so in that respect it’s about equal.

It’s a toss up on how much insulation you plan to bring.

If you’re hammock camping in warm summer weather, then you don’t need much insulation. In this case, traveling with two hammocks will be a bit lighter than one hammock tent.

But if you’re hammock camping in colder temperatures where you’ll need more insulation, then you’ll come in lighter packing one hammock tent and sleeping together.

Sharing insulation will save on weight and bring your pack size to smaller than if you were to carry two hammocks.

This way you can both conserve energy when backpacking on long trips.

If you aren’t going on long hammock trips for weeks at a time, then you won’t need to worry much on the weight difference anyway.

At most, the difference will be maybe 1-2 lbs, making it about 1lb more per person at the most.

If you’re not backpacking with your hammock gear on long hikes for weeks at a time, then shedding every ounce possible for every bit of portability won’t be that great of a benefit.

Instead, choose the sleeping situation that will leave you and your loved one most comfortable.

Looking over your options, there’s a compromise to satisfy everyone.

If you’re fine sleeping in separate hammocks but still want to stay close, use ENO’s spreader bar and you can sleep hammock to hammock with your loved one.

Or you can even make bunk hammocks for a cooler sleeping situation that kids will love.

However, if you still want to sleep with your loved one, then you’ll want to use a hammock tent like this one to stay comfortable.

Regardless of which choice you make, I hope I could help answer your questions on sleeping together in a camping hammock.

Let me know in the comments any other questions you have and I’ll give you my opinion on your situation. 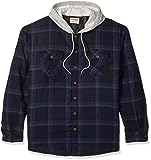 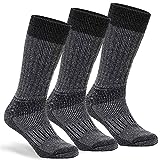