10 Reasons To Go Hiking In The Dolomites

Few hiking destinations around the globe leave an impression quite so enduring and utterly endearing as the Italian Dolomites.

This sub-range of the European Alps might not scale to the lofty heights of the Himalaya, Andes, or even its alpine parent peaks just a few hundred miles to the northeast as the crow flies, but in terms of aesthetic allure, thrill, and the variety of challenges posed to hikers, the Dolomites are a match for any mountains on earth.

In this article, we aim to induct you into the many marvelous features and facets of the Dolomites with our top ten reasons you should choose to do your hiking there.

In all honesty, we could have let this list run into the hundreds, but nevertheless are sure that the ten below will be more than enough to have you booking your hiking trip to the bel paese in a hurry.

Here are ten reasons to do the dolomites…

1. The Alta Via Routes

In total, there are ten alte vie (singular: alta via) routes crisscrossing the vast swathes of mountainous terrain in northern Italy’s Belluno, South Tyrol, and Trentino regions collectively known as The Dolomites.

Each one has its own character and presents a unique challenge, but all share the common denominator of offering some of the best long-distance trekking on earth.

Our pick of the bunch are the epic and ever-so-slightly grueling Alta Via #2 and the thrilling and challenging Alta Via #4, which throws in a handful of via ferrata routes sure to test the nerves and max out the SD cards of any hiker intrepid enough to take it on.

Few are aware that one of the most tragic wars in world history was fought in the Italian Dolomites.

World War One’s “White War”, some episodes of which are immortalized in Ernest Hemingway’s novel “A Farewell to Arms”, was responsible for the loss of over one million Italian and Austro-Hungarian lives in the four years that it raged amongst—and often on—the peaks of this fascinating and fabled landscape.

The most impressive museums include those at Cinque Torri, Lagazuoi (one of very few museums, surely, that requires climbing a mountain as part of the cost of entry!), Arraba, and the Messner Mountain Museum in Bolzano.

On the trails themselves, however, remnants of the war are preserved to this day in the form of old via ferrata routes, gunning stations, tunnels blasted out of the mountainsides, high-altitude barracks, and even the odd bullet shell lying where it fell over a century ago.

3. The Via Ferrata Routes

In the last few decades, hundreds of via ferrata routes have been installed in mountainous regions across the globe.

It is the Italian Dolomites, however, to which we can trace their rather tragic beginnings.

Originally used by WWI troops to reach outposts and gunning stations high in the mountains of the Dolomites, in the aftermath of the war the remnant chains, bolts, and wires came to be used by regular, recreational mountain-goers to ascend the wartime routes in safety.

Fast forward to the early 21st century and via ferrata is a sport in its own right, and the Dolomites are home to hundreds of exhilarating routes for intrepid hikers of all levels of ability.

Italy is renowned worldwide for its denizens’ ability to knock out the odd plate or two of incredibly tasty nosh, and in the Dolomites the very moreish cuisine that sends tourists in droves to other locations around the country is no less delicious but comes with a hearty and wholesome alpine twist.

Some of the delights your palate can expect to encounter not only in the valleys but in the mountain huts, too, include casunziei (spinach-stuffed ravioli), tris di canederli (a type of dumpling filled with smoked ham and dished up in a steaming broth, cured meats, truffle tagliatelle, blueberry venison, and the tastiest apple strudel anywhere in the world.

To anyone who happens to return home without an added pound or two than they left with—despite all that trekking—we salute you!

Like gems in a giant crown, the Dolomites are dotted with dozens upon dozens of strikingly colored alpine lakes that provide a very photogenic foreground to the background of all the towering mountains.

And they’re not just good to look at either, with most of them offering the perfect spot for a dip at the end of a tough day on the trails or even a bit of boating or kayaking.

Our pick of the bunch are the sumptuous Lago di Braies—reputed to be the gate to the underworld of a local deity but resembling more a portal to paradise—and the emerald-green Lago di Misurina, where you’ll find a handful of campsites and hotels along the shores and enough views to keep you occupied until you next hit the trails.

The Dolomites are home to a host of mountains that are well within the capabilities of most moderately fit hikers, with such giants as Marmolada (at 10, 968 ft, the Dolomites’ highest mountain), Monte Civetta (10,564ft), Antelao (10,709ft), Tofane di Mezzo (10,643 ft) all very doable and only Marmolada requiring any proficiency with mountaineering equipment in the summer months.

The Dolomites boast a network of mountain huts (rifugi (plural)/rifugio (singular) in Italian) that are without peer the world over.

In addition to their tasty grub, friendly staff, and the way they conveniently break up the long-distance alta via routes at regular, manageable intervals, many are situated in the most dramatic and breathtaking spots you’re ever likely to come across.

Our pick of the bunch are those at Piz Arlara, Rifugio Nuvolau, and the historic Rifugio Locatelli, which serves as the perfect basecamp for those wishing to explore or just simply kick back and gawp at the iconic Tre Cime di Lavaredo.

If visitors to the Dolomites only managed to take in one notable sight during their trip and that sight happened to be the Tre Cime di Lavaredo (“The Three Peaks of Lavaredo”), they’d be leaving for home happily convinced that their trip was still well worthwhile.

If you haven’t heard of these striking, outlandishly unique peaks, there’s every chance you’ve seen them as the Tre Cime happen to be among the most photographed peaks in the world and the most iconic in Europe…and for a good reason.

Rising sharply out of the boulder-strewn Lavaredo altiplano, this trio of russet spires are the type of natural phenomena that merit every cliched description going—breathtaking, awe-inspiring, jaw-dropping, surreal, sublime—and probably warrant a few neologisms all of their own, such is their utterly singular form.

The Tre Cime can be accessed very easily, too, either by way of a three-hour hike from Lago di Misurina or directly by car or bus to Rifugio Auronzo, which is situated directly below the towering Cima Centrale, the largest of the three peaks.

Cortina d’Ampezzo is to the Italian Dolomites what Aspen is to the Rockies—the playground of the rich and famous but also a vibrant hub for all kinds of high-altitude high jinks: skiing, snowboarding, skydiving, paragliding, kayaking, rock climbing, via ferrata, and, of course, hiking!

Located in the heart of the Sexten Dolomites, Cortina is the perfect base for some R&R after your forays into the surrounding mountains and about as scenic a stopover as they come between time on the trails.

The phenomenon of alpenglow has wowed hikers, mountaineers, photographers, and everyday observers for, we imagine, as long as humans have roamed the earth.

It occurs when the sun has dipped below the horizon and light is reflected off of airborne precipitation, ice crystals, or particulates in the lower atmosphere and turn the opposing mountainsides a fiery, opal pink.

In the Dolomites, the effect is magnified by the composition of the Dolomite rock, which can appear to change from white to beige to pale gray to coral pink in the course of a single day before throwing in the added magic of these emblematic and wondrously extravagant displays at sunrise and sunset.

Unique, otherworldly, and utterly unforgettable, the Italian Dolomites are a range of mountains that every hiker with an appetite for exhilarating trails and the aesthetically astounding should experience at least once in their lifetime. 10 Unique Ways To Use Your Camping Hatchet Never Camp In The Dark: 5 Best Camping Headlamps Of 2021

Gathering around the campfire as night falls is one of many campers favorite parts of a camping trip, but trying to gather firewood, prepare meals, or set up a tent can be difficult if you’re […] 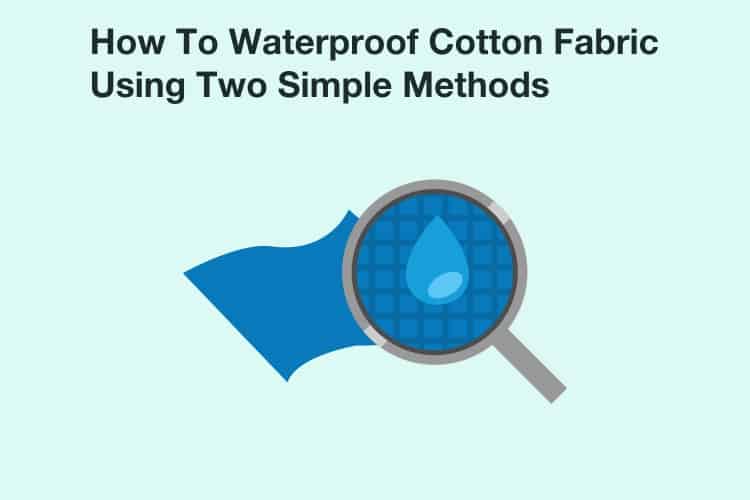 10 Unique Ways To Use Your Camping Hatchet

Best Whittling Knives For The Money